WHO IS PAUL A. FREEMAN? 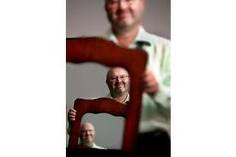 Mirror Man
Paul A. Freeman works as a teacher of English in Abu Dhabi, in the Middle East. He lives there with his wife Ashai and their three young children - Kimberly, Hazel and Tony.

In his spare time he writes short stories (mostly crime and horror fiction), though he is also the author of several published and unpublished crime novels and children's books.

He is currently working on his 'new' Canterbury Tales project and has written several Chaucerian narrative poems with a medieval setting.

How it all Started, and Where it all Headed 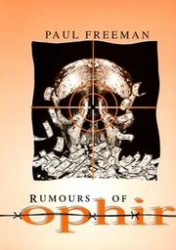 Debut Novel
While working in an African 'bush' school I wrote my debut novel Rumours of Ophir. This murder mystery - set amongst the gold mines and commercial farms of central Zimbabwe - was published in 1998 by College Press, an imprint of Macmillan, Africa. Described as 'one of the most intriguing detective stories to come out of Zimbabwe', it is actually the only detective story to come out of the country, and is currently a set literature book in the Zimbabwean high schools.

Every writer believes in luck. So it was fortunate that as part of her studies into the portrayal of women in African literature, a German PhD student picked up Rumours of Ophir at the Harare Book Fair. She passed the book on to her friend, Frank Nowatzki, owner of the crime noir publishing house Pulp Master, and in 2007 Die Legenden von Ophir - the German translation of  Rumours of Ophir - hit the streets of Berlin.

The Element of Luck Continues 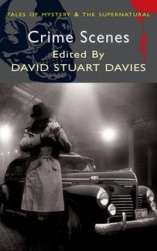 Crime Scenes
Since Rumours of Ophir was published under the umbrella of Macmillan Africa (a 'respectable' publisher), I therefore fulfilled the membership requirements of the Crime Writers' Association. As such, I was eligible to submit work to the CWA's annual anthology. Thus my  150-word short story The Document saw the light of day in Comma Press's I.D.: Crimes of Identity. In his review of the book in the Observer, Peter Guttridge 'loved the formal experimentation of Paul A. Freeman's four-paragraph story'.

From Crime to Rhyme 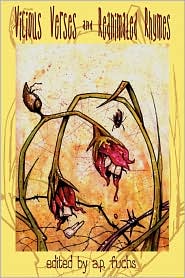 Vicious Verses
The road from 'crime to rhyme' began in 2007 - in February to be exact - when I toiled through the Canterbury Tales module of a master's degree in creative writing. One minute I was writing detective mysteries, the next I was branching out into narrative poetry. How this came about was a bit of a mystery in itself.

Although I had written predominantly crime fiction up until 2007, I never stuck rigidly to that single genre. I also wrote horror, humour, occasionally even sci-fi. Meanwhile, on the poetry front, I was proving no mean writer of sonnets (poems whose meter and rhyming patterns are the building blocks of narrative poems). So by merging my abilities as a short story teller and a narrative poet, I was able to resurrect a form of writing that Chaucer popularised 600 years ago, but which had largely faded away since then.

The vehicle by which my narrative poetry came to be noticed, was the bizarre-sounding anthology of zombie poetry, Vicious Verses and Reanimated Rhymes. My 1,100-word poem, Payback Day, bookended the poetry volume. Furthermore, my name featured prominantly on the back cover and Payback Day in particular received a positive review at Horrornews.net.

At about this time the editor of Vicious Verses, A.P. Fuchs asked me if I could write an 18,000 - 20,000-word novella in Chaucerian style. Once again Lady Luck had cast her capricious favour on me. The only question now, was what was I going to do about it?